Artificial Intelligence for Luddites: Don’t Fear it, Friend it! 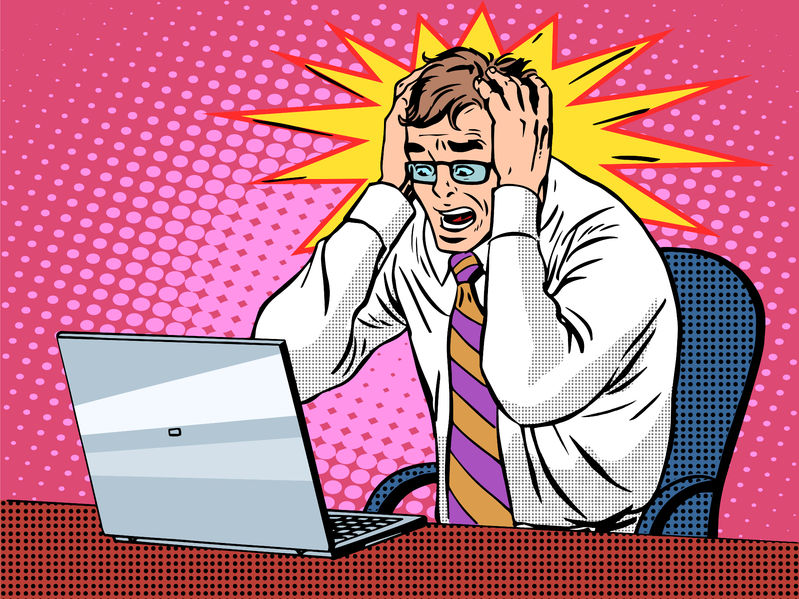 31 Aug Artificial Intelligence for Luddites: Don’t Fear it, Friend it!

Posted at 09:10h in Customer Satisfaction Blog by Amy Ahrens

Your business type, structure or even location may not require you to give much attention to software applications or emerging technologies of the moment like artificial intelligence, IoT or blockchain. But, as we enter the era of customer service, your competitors are testing and deploying every technology they can to stay in front.

But, before we jump into why every business owner or CEO needs to befriend technology, let’s look back in time to a very similar period when society was on the precipice of an era of innovation, just as we are now with technological advancements like artificial intelligence and blockchain.

You’re Not the First to Fear Technology

The term Luddite became popular during the industrial revolution in Britain when anti-industrial labor groups, primarily made up of textile workers and weavers, rallied against the use of modern technology said to replace them. While the fact was that those jobs were being eliminated, it was also true that new ones would be created.

We’re very much at the intersection of excitement and paranoia with today’s equivalent of the industrial revolution with the growth of artificial intelligence.  It continues to be a polarizing subject due to concerns about job loss and the idea that machines will one day take over.  Even today’s technology pioneers are vehemently opposed.

When Elon Musk announced that AI is  “our greatest existential threat” and that the government needs to intervene with regulation, that prompted reactions from other tech leaders, including Mark Zuckerberg, CEO of Facebook.  Keep in mind Musk has launched his own AI startup, Neuralink.

Zuckerberg discussed the topic in a live Facebook session and said “I think that people who are naysayers and kind of trying to drum up these doomsday scenarios – I just, I don’t understand it.  I think it’s really negative and in some ways I actually think it is pretty irresponsible.”

Take GM’s ‘OnStar Go,’ which provides drivers with an array of services like mileage tracking, help in an emergency or hands-free calling, for drivers that subscribe to the monthly service.  GM is testing the integration of IBM Watson to analyze driver data in order to make recommendations for products or services near the driver.

Because ‘OnStar’ plugs into a vehicle’s OBD II (On-Board Diagnostics) device and has access to vehicle data, such as fuel level, GM anticipates that with the help of ‘Watson,’ the service will alert the driver that they are low on fuel and where they can gas up nearby.  Or, ‘OnStar Go’ will send your latte order to your local coffee shop when you begin your daily commute to work.

Aside from new business opportunities, artificial intelligence may be able to find ways for your company to find savings.  GE began using machine learning software by Tamr to find patterns in their procurement process, which uncovered different product descriptions from vendors and varying prices across business units.

Emily Galt, vice president of technical product management for GE Digital Thread (the company’s name for its effort to modernize such processes), reported that the company saved “$80 million over the past few years” by using Tamr.

Can Artificial Intelligence Really Be Applied to My Company?

Although new technologies or applications require an investment of both time and money, the payout can be impactful today in several areas: customer service, marketing and finance.  You may not need a steady drumbeat of marketing to bring in new business, but few companies can argue their customer service isn’t in need of improvement.

Where artificial intelligence is rapidly outpacing humans is in predictive modeling.  When you combine artificial intelligence with large data sets, the results are more than powerful and have already made a big impact in healthcare, finance and marketing. Humans just can’t process big data as quickly as machines and churn out reports with detailed trends and anomalies in need of examination.

Predictive modeling combines data mining and probability equations to forecast outcomes.  When machines have large amounts of data to analyze and associated outcomes, statistical models can be formulated and provide results, similar to if not better than a human recommendation.

Overall, it’s safe to say to proceed with caution when it comes to new technologies like artificial intelligence.  Whether you hire a consultant, assign it internally or purchase an application to analyze existing data, proceed with caution.  The Luddites had that part right. No need to fear it or proclaim we can live without it, but instead – research your options, seek expert advice and embrace it when it makes sense.