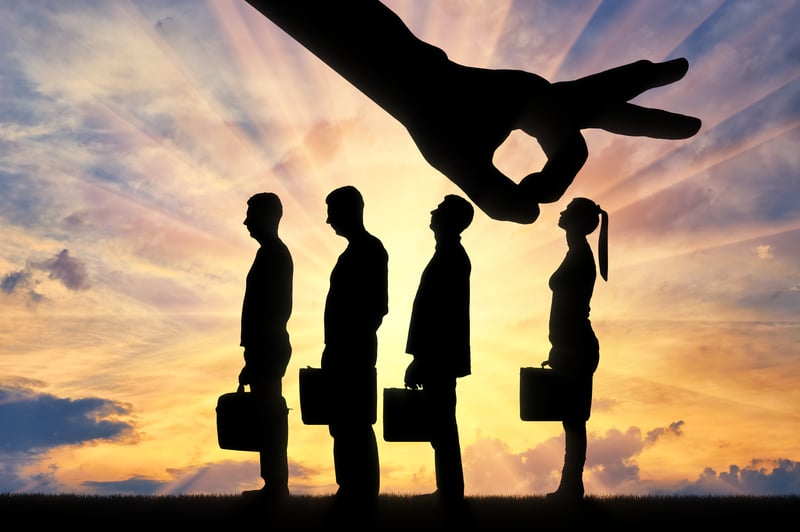 Gender inequality and unequal pay have come to light with the help of things like the #MeToo movement and detailed worldwide studies on the state of gender disparity.  These issues are common in the call center and contact center sector. How do we go about disrupting inequality in contact centers, and beyond?

From Pew Research: “In 2018, women earned 85% of what men earned, according to a Pew Research Center analysis of median hourly earnings of both full- and part-time workers in the United States.”

The lack goes beyond economics.

Another report released by Equal Measures in 2019 shows the US at number 28 out of 129 countries in gender equality.  However, from both of these reports it’s clear this disparity is a worldwide issue.

Traditionally, there are more women in the contact/call center industry than men and in lower level positions. That’s why call centers have been called the female ghetto, a disparaging word first identifying Jewish neighborhoods in medieval Venice. The term still haunts low-income urban communities today.

Though in countries like the Philippines, male and female agents are almost equal, agents are mostly female worldwide.  Men hold most of the supervisory, management and executive positions. The reasons for this appear to be linked to traditional societal roles and biases.

There are some traditional marriage vows where only women promise to ‘obey’. One reason for gender inequality in call centers is that women adhere to policies more than men:

“Interviews with call centre managers and recruiters suggest that female workers are preferred over males because they stick to the rules. Managers (of both sexes) say things like: “You do find that the men are more likely to be doing things that they shouldn’t be doing, whereas women stick to the procedure and the way it should be done.”

Women are associated with family more than business, with emotion over competence, with compliance instead of achievement. Women sacrifice getting ahead to be liked. There is a belief that social and monetary repercussions of not being liked go beyond poverty. This is especially true for minority women who often have greater obstacles.

According to this Stanford piece:

“Over the past 30 years, research has shown that stereotypes about what men and women are capable of and how they should behave cause people to evaluate men and women differently, especially when the criteria for evaluation are ambiguous. This bias puts women at a disadvantage in workplaces, where they get hired and promoted at lower rates than men.”

Project Implicit from Harvard University was designed to identify forms and levels of bias. The American Association of University Women (AAUW) partnered with Project Implicit in 2016 to create a test identifying biases that impact how women in leadership are perceived.

They referenced a study where even female scientists viewed a female candidate through a lens of negative bias.

Do you think you are free of such bias? Take the test.

There is a flip-side to following the rules. Innovation and leadership don’t come from head down rule following, but from challenge and disruption. It is no wonder that TechCrunch took the name Disrupt for their international events on groundbreaking technology.

Statistical evidence shows that multiple women in higher level positions is beneficial to the bottom line. A report by The Peterson Institute for International Economics in 2016, Is Gender Diversity Profitable? Evidence from a Global Survey, took data from 21,980 businesses in 91 countries with very positive results:

“For profitable firms, a move from no female leaders to 30% representation is associated with a 15% increase in the net revenue margin”.

The study also showed that more women in executive and board positions rather than the odd female CEO had the greatest financial benefit. A path for women to rise into such roles is more valuable than one woman getting to the highest position.

Studies reveal women are more empathetic also. Considering the importance of empathy in customer service, this is a soft skill asset to the industry.

Slang terms for contact centers/call centers aren’t flattering (see ‘female ghetto’ above). People don’t go to school to get a degree in customer service. These are still better jobs than many for the experience and education level of most employees.

For women with dependents it can be a struggle to find something better. This leads to enduring not only bias but harassment.

Winds of Change for Gender Inequality

A bright light is shining on gender inequality, with in-depth analyses of not only disparity, but of the positive potential of parity. The 2015 McKinsey report, The Power of Parity: How Advancing Women’s Equality Can Add $12 Trillion to Global Growth reveals the powerful result of maximizing the potential of women worldwide:

“We consider a “full-potential” scenario in which women participate in the economy identically to men, and find that it would add up to $28 trillion, or 26 percent, to annual global GDP in 2025 compared with a business-as-usual scenario. This impact is roughly equivalent to the size of the combined US and Chinese economies today”

These kinds of “full potential” changes are not going to be fast. However, the fact that such reports exist supporting gender parity shows we are heading in that direction.

Even the modified best-in-region scenario from the McKinsey report indicated:

“Global GDP could increase by as much as $12 trillion annually in 2025, realizing some 42 percent of the opportunity outlined in the full-potential scenario.”

Not a bad improvement in less than 10 years.

Change is uncomfortable, but there are ways to make call centers better workplaces along the way:

Forging a path for women from call center ‘ghetto’ to executive level is the next logical step for disruption. Creating opportunities for the advancement of women is not only a question of ethics, it is the best ROI.