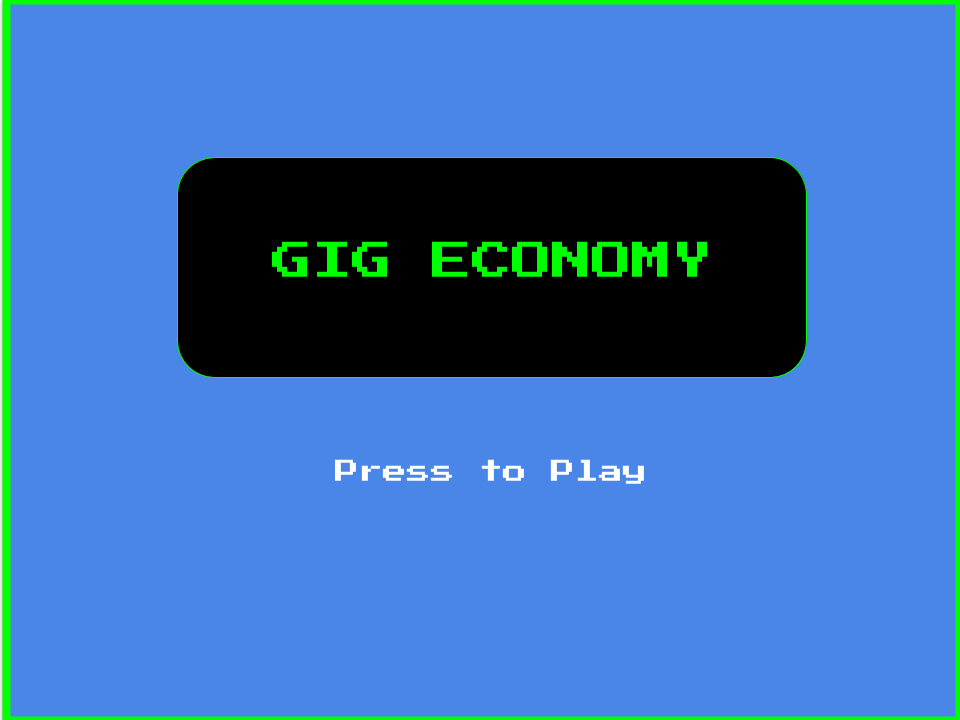 During the recession the gig economy became an alternative to unemployment. You could hear crickets in the silence of the traditional job market. Inhale deeply and you could smell the fear too. Even well educated workers with solid resumes saw their unemployment benefits exhausted before landing full time or traditional employment. They found an alternative to no work in the wild frontier of the gig economy.

The Gig Economy and The Recession

Consultancy specialists to errand running gig workers all had something in common during the recession – a need for money.

The growth of the tech world and apps impacted the 2000s rise of the gig economy. Apps for everything from ride services to home repairs to project management tracking for remote teams blew up the net. It was a cost effective way for startups to get a foothold with lower labor expenses.

Uber and Lyft grew so fast they put a spotlight on independent contracting and gigging. They  were guinea pigs that revealed what kinds of problems can plague this kind of work, resulting in numerous legal issues. From CNN:

“Since its launch in 2009, Uber has been juggling a nonstop barrage of lawsuits from governments, drivers, passengers and competitors. Some have been settled out of court while others have dragged on indeterminably.”

Past Predictions vs. Current Realities

Regardless, both Uber and Lyft are still alive and well today and even have new competitors. In fact, despite the lawsuits and pay issues, analysts at Goldman Sachs have predicted the industry will grow eight times larger by 2030.

Still, as the main economy (supposedly) improved the gig economy never blossomed as expected, but the data is conflicting. The number of gig workers overall has dropped according to the Bureau of Labor. This Bloomberg article answers the question – is the gig economy growing?

“It isn’t, according to the most extensive survey of nontraditional work in the U.S., by the Bureau of Labor Statistics. The survey, conducted in the 1990s and early 2000s, then dropped for lack of funding after 2005, was resurrected in 2017. The results, released in June 2018, showed a lower percentage of American workers in alternative work arrangements than in 2005.”

Not the Whole Story

However, the BLS data doesn’t match the data from the Freelancers Union, MBO Partners’ studies and others. So who has it right? It depends on how the data is being gathered. It is postulated that the BLS data does not include part-time or side work, which the Freelancers Union does.  Many people perform gig work on top of or in place of full time jobs. Whether it is part time, full time or some of the time it is still working for a living.

Also, the 2018 Freelancing in America report created by the Freelancers Union and Upwork indicates that there are 3.7 million more freelance workers now than in 2014, making up 35% of the US workforce.

Much of our society is geared towards those with the typical 9-5s, but they do not represent the entirely of the workforce. If they did there wouldn’t be anywhere to go for dinner and a movie let alone a weekend music festival.  This 2016 McKinsey report that pre-dates the current BLS and Freelancers Union data states:

“MGI conducted its own survey to gain a more comprehensive view into independent work, and we use the results to complement our analysis of official data and findings from other published studies. We conclude that independent work is a much bigger phenomenon than official statistics indicate.”

“Overall, our research suggests that there are 54 million to 68 million independent earners in the United States as well as 30 million to 62 million across our five European survey countries.”

The BLS had a gap on data collection for this segment of the workforce between 2005 and 2017. So maybe we will never have a complete linear history of gig work, but it is clear that it has made an impact and it hasn’t disappeared.

The gig economy still represents cost savings for businesses. The question remains: is it a model that is healthy for both the economy and the people?

Customer service agents working from home instead of a call center is not new. However, some arrangements sound like a rough way to make a very meager living. This NY Times article makes the job sound like a scrabble for low level prizes at best.

Others, like this Forbes article by Shep Hyken, indicate even customers are becoming part time agents for some of their favorite companies:

“And, many of the part-time workers are actually customers who are passionate about the company’s products, and they are willing to turn their passion into a few extra dollars by taking a part-time gig with a company’s support department. These customers are experts, not because they have been taught technical information in a classroom, but because they actually use the product. With a little customer support training, they make amazing customer support reps. And, part of what makes this gig appealing is that the person can work from home – or just about anywhere.”

Though this also sounds like the company is saving money while all the workers get as incentive is the opportunity to work in their PJs and the threat of being dropped if their ratings aren’t high enough. From the same article:

“These “gigers” are more motivated to resolve customer problems for at least two reasons. First, they are compensated by how many problems they resolve. Second, their ratings can impact their future gig employment.”

A separate report by Aspect this year which focuses on the customer service sector includes a section on Customer Service and the Gig Economy. The data reveals 16% of agents work in the gig economy and 41% of agents overall are interested in doing so.

So the gig economy may not have taken over the workplace, but gigging is not going away. It even has the potential to grow in the customer service sector.

What has made it stick?

Benefits – Are There Any?

During the recession gig workers had an opportunity for some income vs none (or the poverty level support of unemployment benefits). Plus, they could manage multiple gigs at once even while seeking more traditional employment.

The ability to work from home is another major factor. For people with child care needs, limited mobility or few local job prospects these pros are a glimmering light of hope.

For those on the upper end of the freelance earning spectrum, the ability to set their own wage is a positive factor. No more waiting for a paltry raise, or one that never comes.

This all sounds great, but then there is the flip side.

That get up when you want, no clock punching, no boss breathing down your neck freedom sounds very good. The question is who is footing the medical, workers comp, 401K and tax bills? In the gigging world all of this falls on the worker. This includes the 7.5% usually paid to the government by the employer in a traditional work arrangement.

Add little legal protection, even with a contract, and it is clear why a larger wage is necessary to make gigging livable. A common issue is late payment. When a freelancer has to hunt down their money this is time they do not get paid for.  This effectively reduces their earnings and creates additional stress. Late pay causes late bills which causes late fees to be levied equaling even more time and money lost.

“In the survey, Gig Workers in America: Profiles, Mindsets and Financial Wellness, most respondents who work solely as temporary or contract workers reported they lack access to employer-sponsored retirement or insurance plans. Meanwhile, gig workers reported making only 58 percent as much as those who hold traditional full-time jobs, on average.”

Freelancers with the budget to expanded their businesses may have a structure in place to handle such legal issues. The majority are individuals busy trying to make ends meet and have nothing to grow their business with.

It isn’t just small start-ups that disappear with their workers money before they even launch that are the problem. Even sizable companies, like Uber, have been sued for wage theft resulting in owing their workers millions.

One of the most disturbing facts is that gig workers are not legally protected against bias. In one example from this Bloomberg article, an Uber driver was let go because riders assumed he was drunk when he really had a speech impediment resulting from injuries:

“Davis, like the nearly 24 million other U.S. gig workers, isn’t protected by the federal law that prohibits employment discrimination against people with disabilities. That’s because the Americans With Disabilities Act applies to “employees,” and Uber drivers are largely considered independent contractors.”

So are the challenges worth it?

Are these just growing pains in the process of a fundamental change to the world of work overall?

Future of the Gig

Despite the preference for traditional work, the gig economy has had enough of an impact, especially it’s rise in white collar work, that bills to protect gig workers are finally being discussed. This includes changing laws in regard to worker protection and tax codes:

“…a growing number of Democrats and Republicans in Congress are touting a need to update federal laws like worker protections and tax codes. Federal and state lawmakers are already floating changes like adding a new worker classification and creating a portable benefits systems that gig workers can take with them job to job.”

“Many gig businesses have been hesitant to offer employee benefits, at least partly because they fear it would make courts and regulatory agencies more likely to find that the workers should be classified as employees.”

The workers themselves have been the testing ground. Their experience reveals the impact of the gig economy and the ills within it. The question is whether or not it evolves to become a healthy part of our labor market where both businesses and workers benefit.