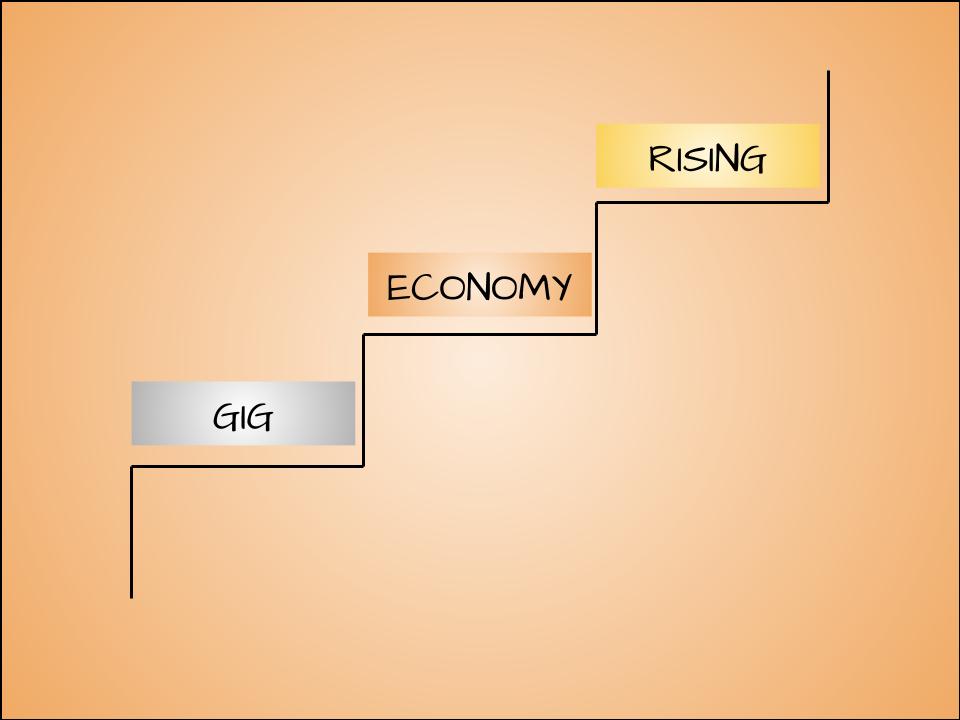 Sick of hearing about the gig economy yet? If you haven’t heard the term likely you’ve been living under a proverbial rock. Is the gig economy rising? That depends on which source of data you read. Still, the customer service gig is rising.

Tell Me What You Want

Workers want more freedom over their work. Ever hear the term work-life balance? Yeah, that. Whether owners or workers, people want to feel an autonomy over their experience. Fewer workers are willing to be used until they are exhausted, let go or die with little time to enjoy life outside of work. That is partly in response to a market that has squeezed benefits and assurances out of the employer-worker relationship.

Workers businesses don’t have to provide benefits, paid leave, workers compensation, 401ks, snacks or even taxes for sound attractive. For the businesses that handle this arrangement well there is long-term benefit on both sides. For those that don’t there is burnout and potential damage on both sides.

In industries like customer service support where the education level tends to be lower, some companies take advantage of this kind of relationship. Businesses save money on the workers and the only benefit to the workers is being able to work in their PJs.  Signing bonuses and company cars aren’t standard, but a livable wage and respect has to be.

Terms like work-life balance are popular but pensions, retirement benefits and paid vacations are fading from common parlance. There is a segment of the workforce that is saying “If we get less you get less.” Understandable. Businesses are looking for a score and workers want one too. Some customer service workers are taking on the gig lifestyle and others believe on-demand work could grant them a better experience than a traditional clock-punching job.

“The Gig Economy is “triple win” for customer service”…”“For companies, it allows for great flexibility in staffing during busy and slow times. For “giggers,” they like the flexibility of being called on when needed, the extra money, and work that can be tailored to fit into their lifestyle. And finally, for customers, it means a better service experience, as even during busy times, the company is staffed to deliver fast support when the customer wants and needs it.”

According to Aspect Software’s 2018 Agent Experience index 16% of agents surveyed work in the gig economy. 41% want to do gig work. Of that group, 86% indicated work-life balance as their main reason.

Compared to employed agents, a larger percentage of on-demand agents indicated they have quality software to work with companies and customers. They say distance makes the heart grow fonder. Bridged by software that distance has the potential to create a better working relationship.

The Costs of the Gig

If businesses offer schedule freedom but don’t invest in workers, what they save in cost they may sacrifice in employee loyalty. Why should workers invest themselves in companies that treat them as cheap help to meet their bottom line? This can result in long term negative impact in the quality of service and customer retention.

For the giggers there are additional complications. An Oxford University study revealed some of the health problems stemming from this kind of work:

“ ‘Our findings demonstrate evidence that the autonomy of working in the gig economy often comes at the price of long, irregular and anti-social hours, which can lead to sleep deprivation and exhaustion,’ says Dr. Alex Wood, co-author of the paper…Fifty-four percent of workers taking part in the study said they must work at very high speeds, and 22 percent reported pain as a result of their work. ‘This is particularly felt by low-skilled workers, who must complete a very high number of gigs in order to make a decent living,’ says Professor Mark Graham, co-author. ‘As there is an oversupply of low-skill workers and no collective bargaining power, pay remains low. Completing as many jobs as possible is the only way to make a decent living.’ “

With pros and cons the difference between a positive or negative outcome is the culture and choices of the individual company. Companies hiring gig workers are capable of saving on start up and running costs and offering workers compensation, tools and even benefits that palpably show they’re valued. That value extends to the customer which in turn circles back to the company.

David Martin, in a guest post on Shep Hyken’s blog gives an example of his tech-enabled moving company in the gig space. They have amazing positive reviews on service and have expanded to 130 cities in the US. He says their success is from treating their workers as well as their customers:

“These variables aren’t just tied to the sharing economy. They are the same for any business–brick and mortar, or online. When an employer blows the minds of their employees, those team members will likely do the same for the customer.”

The interest in the customer service gig and the discussion of bills to protect gig workers show the potential for gigging to grow. With the support of such bills, companies and workers are capable of achieving the right balance benefitting all.